Lawrence Casserley and Jeffrey Morgan began working together as a duo in 2006. In May 2007 they made a tour in northern Germany, and recorded their first duo CD, “Room 2 Room”, which was released on Konnex Records in January, 2009. The duo combines the rich and varied textures of Morgan’s sax sound with the transformational possibilities of Casserley’s real time computer processing. All the sounds produced by both players stem from the sax, with Casserley using only sounds captured in real time as the source material for his transformations, creating a deep and intricate fusion of the two sound worlds.

As well as accomplished performers, both participants are experienced lecturers and workshop leaders. In 2009 they received invitations to perform at the "Gemdays" Festival at the University of Huddersfield (January), as well as the "On the Edge" concert series at the University of Hull @ Scarborough (February), where the programmes included workshops and pre-concert talks. 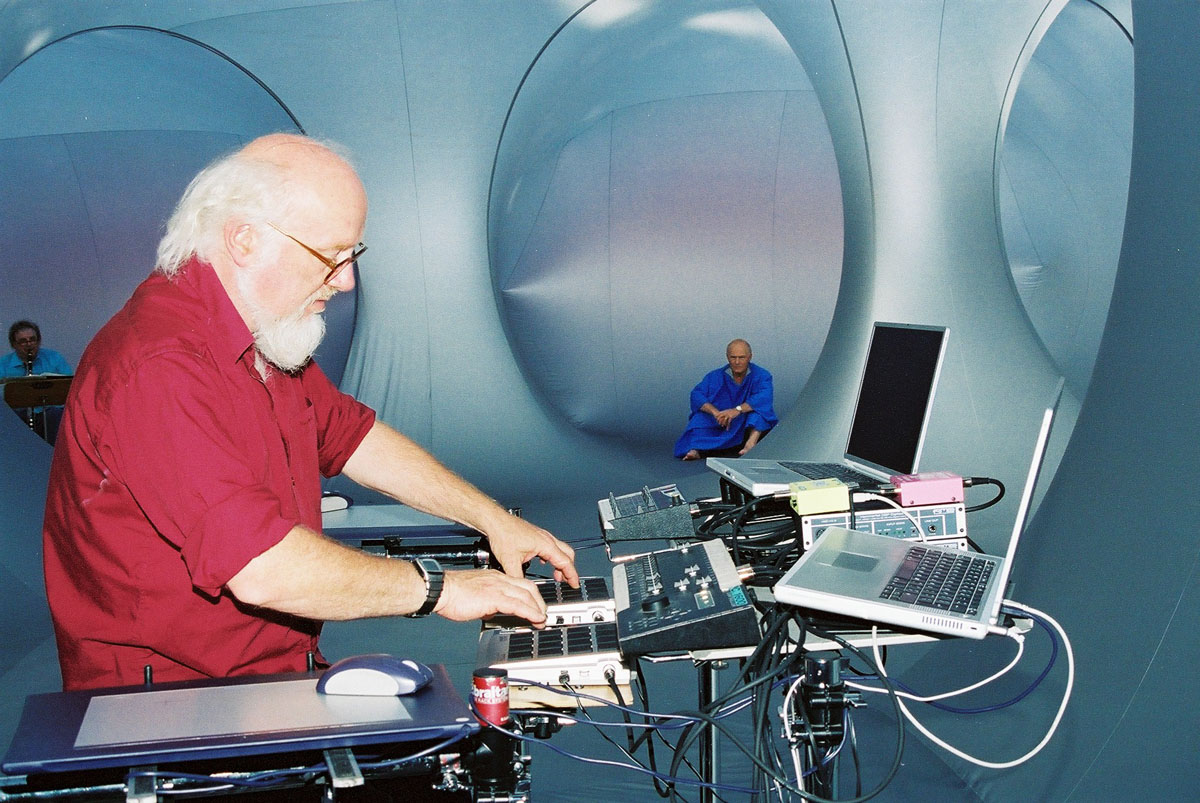 Lawrence Casserley (born August 10, 1941 in Little Easton, Essex, UK) has dedicated his career to the development of live electronic processing as an instrument in its own right. In 1952 his family moved to New York, so his later schooling and university education were in the USA. After one year at Columbia University, New York, he left in order to develop his increasing interest in music. While undertaking various employment he attended evening classes, and later part-time day classes at the Chicago Musical College, Roosevelt University, Chicago, studying composition, conducting, percussion and flute. In 1966 he received a BMus degree with a major in composition, and returned to the UK to pursue postgraduate studies in composition, conducting and percussion at the Royal College of Music, London. In 1967 he became one of the first students on the new Electronic Music course at the RCM taught by Tristram Cary. In 1970 he was invited to join the RCM teaching staff as Cary’s assistant, and subsequently became Professor-in-Charge of Studios and Adviser for Electroacoustic Music, before taking early retirement in 1995.

From the 1970s onwards he led and/or performed with many live performance and/or multi-media groups, most notably Hydra (the multi-media group he formed with Eddie Franklin-White), Peter Donebauer’s VAMP (Video and Music Performers), Tube Sculpture and the Electroacoustic Cabaret. During the 1980s he collaborated with Simon Desorgher in creating the Nettlefold Festival, which later became the Colourscape Music Festival; he continues to be a Director of Eye Music Trust, which runs this festival, as well as many other events and educational projects based around Peter Jones’s inspiring inflated structures. He also collaborates with Peter Jones on interactive audio-visual installations under the title “Chromatic Harmony”.

Since leaving the RCM he has focused on free improvised music, and has developed a Signal Processing Instrument especially for live sound processing in improvised music. The initial development of the SPI was undertaken during two reseidencies at STEIM, Amsterdam. He is best known for his collaborations with Evan Parker (CDs on Touch and psi) and his Electro-acoustic Ensemble (CDs on ECM) which includes the likes of Barry Guy, Paul Lytton, Phillip Wachsmann, etc., but has also collaborated with many other musicians for performances throughout Europe, North and South America, India and Japan. He also has CDs released by Sargasso, Leo Records, Konnex Records, and Maya Records; and new releases on psi and Sargasso are in preparation. 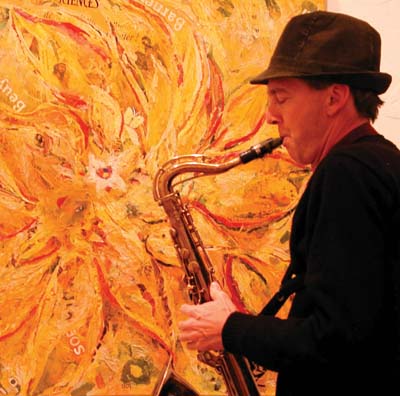 Jeffrey Morgan (born March 20, 1954 in Spokane, Washington, USA) started studying the Performing Arts: Music; Dance; Experimental Theater; Ethnomusicology; Philosophy of Aesthetics; and Eastern Religion at The Evergreen State College in Olympia,WA in 1973. During his education he attended the legendary Creative Music Studio in Woodstock, NY, and studied under Karl Berger, Don Cherry, and Oliver Lake as part of his external studies program. Moreover, he created his first compositional work for music and dance – “Distress Mistress,” and performed his first ensemble work (14 piece) entitled “The Delirium Dimension” also in 1976. In 1977 he created his first interdisciplinary work (multi-media) – “Galactic Visions,” a composition for music, dance, slide projectors, costumes, and light design.

Over the next several years he conceptualized and composed a few collaborative interdisciplinary works: “It’s Only Money”; “C.A.S.H”; “Transient Landscapes”; and “Mykrocozm,” wherein he also had directing and acting responsibilities. In 1982 Morgan co-founded "Presto Chango" a musical theater/performance group that incorporated costumes and stage design along with Andrew Woodruff and Bob Heywood. Two years later, along with Paul Hoskin, he co-founded NAO (New Art Orchestra) in Seattle. He also worked for Muzak as supervisor to re-evaluate their current library of music. In 1987 Morgan moved to Birmingham, AL, and worked with dancers Mary Horn and Susan Hefner, and started an on-going collaboration with LaDonna Smith.

In 1988 he made his first tour to Europe with the Seattle-based trio Clank (w/ Johnny Calcagno and Charly Rowen), as well as working with several international musicians from Denmark, England, Germany, and Czechoslovakia. Since 1991 he resides in Cologne, Germany, remaining active in the field of jazz and improvised music. In the meantime has worked with Alan Silva, Keith Rowe, Peter Kowald, Paul Lytton, and Xu Feng Xia just to name a few. From 1991 to 1996 he organized the Drang in Klang festival for experimental and improvised music, and in 1994 he established another open-door workshop for Conceptual Composition and Improvisation in Cologne, which led to invitations to lead other workshops in Bielefeld, Hamburg, Lisbon, Leeds and Wuppertal. Also, in 1994 he composed another interdisciplinary work entitled “In the Shadow of the Gambler” which was performed in Cologne and Krefeld. Moreover, he has led three classes through a group process focused on Installation and Performance: “Elements”; “Haunted House”; and “N-Station” respectively, at the Tekniske Skole in Copenhagen.